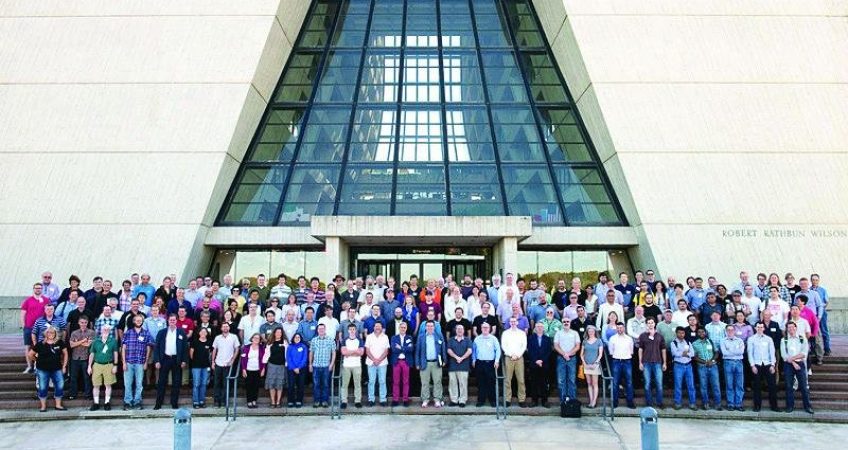 BATAVIA – A new era of physics in the United States officially will begin July 21 with a groundbreaking in Batavia.

The event will be marked by private ceremonies at which dignitaries will join scientists, engineers and others from the U.S. Department of Energy’s Fermi National Accelerator Laboratory, the Sanford Underground Research Facility in Lead, S.D., and their partners around the world, according to a news release.

Built will be the Long-Baseline Neutrino Facility, home to the Deep Underground Neutrino Experiment. It will send particles 800 miles through the Earth from Chicago to a mile-deep detector in South Dakota.

Once the first shovel full of earth is turned, crews later will excavate more than 800,000 tons of rock – about the weight of eight aircraft carriers – to create huge underground caverns for the assembly of enormous particle detectors, all to better understand a mysterious particle called a neutrino.

The invitation-only ceremony will be held simultaneously at both the Sanford lab and at Fermilab, and will be simulcast online for the public.

The Long-Baseline Neutrino Facility will be constructed during the next decade. Fermilab will send a beam of neutrinos to a detector that stands nearly four stories tall, filled with liquid argon. Scientists will study the interactions neutrinos make with argon atoms in a quest to learn more about the elusive yet abundant particles.

The international Deep Underground Neutrino Experiment – aka DUNE – was conceived, designed and will be built by a team of a thousand scientists and engineers from more than 160 institutions in 30 countries. Construction of large DUNE prototype detectors already is underway at the European research center CERN, a major partner in the project. CERN also has committed to providing the first cryostat to be built in South Dakota.

DUNE will consist of two particle detectors placed in the world’s most intense neutrino beam. One detector will record particle interactions near the source of the beam, at Fermilab in Batavia, while the other, filled with 70,000 tons of liquid argon and cooled to minus 300 degrees Fahrenheit, will take snapshots of interactions deep underground at Sanford.

The Long-Baseline Neutrino Facility will provide the neutrino beam and the infrastructure that will support the DUNE detectors, taking advantage of Fermilab’s powerful particle accelerator complex and Sanford’s deep underground areas. At its peak, the Long-Baseline Neutrino Facility construction is expected to create almost 2,000 jobs in South Dakota and a similar number in Illinois.

DUNE will enable scientists to look for differences in the behavior of neutrinos and their antimatter counterparts, antineutrinos, which could provide essential clues as to why there is a matter-dominated universe. DUNE also will watch for neutrinos produced by supernovae, which scientists can use to look for the formation of neutron stars or black holes. The large DUNE detectors also will allow scientists to look for the predicted but never observed subatomic phenomenon of proton decay, a process closely tied to the development of a unified theory of energy and matter.

The research is funded by the U.S. Department of Energy Office of Science in conjunction with CERN and international partners from nearly 30 countries. To learn more, visit dunescience.org.