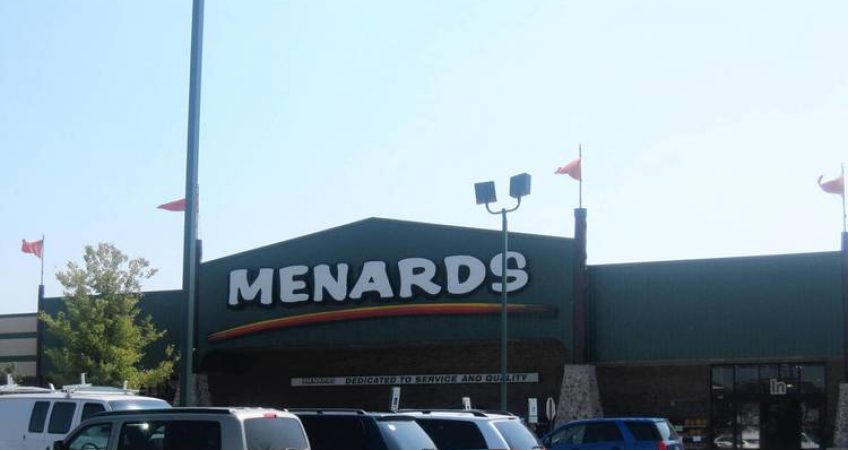 Tinley Park’s Menards is on pace to be the chain’s biggest store when construction is finished, village officials have said. Its construction accounts for a significant amount of work currently underway in the village. (Gregory Pratt, Chicago Tribune)

Summer is almost over, but there’s still construction going on around Tinley Park as new businesses near completion. The village is expecting a dozen projects to be finished by the end of the year, officials said.

Approximately 266,000 square feet of non-housing construction is currently underway in Tinley Park, a fact touted by village officials who hope it is a sign of positive economic growth to come.

Those numbers include a 100,000-square-foot expansion of the Menards on 159th Street, which is on pace to be the biggest Menards in the nation, village officials said.

“That is what we have been told,” said Trustee Dave Seaman, the village’s finance chairman, who also noted that the additional yard space to the west of the store “is huge.” In the past, Mayor Ed Zabrocki has said this would be the chain’s “flagship store.”

The project dates back to 2010, when the home improvement chain requested $1 million in incentives to expand the store, approved by the village in 2011. Menards bought out the Southtown Star’s former building as part of its plans.

Under the agreement, the village and the store will share property tax revenues for a number of years on the store. Village officials are hopeful that the incentives will pay off.

Seaman noted that the Menards chain has expanded beyond lumber yard and home improvement, offering a wider variety of products.

“They’ve got food, expanding refrigerator (options), stoves, that sort of thing,” Seaman said. “They’re taking on a much broader scope of sales that should be pretty significant. We’re certainly hoping so from a sales tax point of view.”

Menards’ success has also inspired growth in its shadow. Anyone driving along 159th Street and Oak Park Avenue can see the skeleton of a Golden Coral buffet-and-grill restaurant rising in the store’s parking lot.

“That’s the one thing I’ve gotten more questions from residents about,” said Trustee Dave Seaman, the village’s finance chairman. “They are just chomping at the bit to get to the Golden Corral.”

Under the village’s current schedule, that restaurant’s construction is expected to be complete by December.

Besides some of the big projects, Seaman said he is buoyed by small business’ growth downtown.

“Those (vacancies) have been fairly in your face just be virtue of the way the street is,” Seaman said. “If you’ve got a vacancy, it looks huge on those streets.”